Each year the Sound Links Men’s Golf Association (SLMGA) plays for two cups that honor past players who made significant contributions to men’s golf at AP in the past. The Masonis Cup (in honor of Ed Masonis) is competed for by white and green tee players. The Lahr Cup (in honor of Paul Lahr) is for gold and red players. This year, there were 22 competitors for the Masonis and 16 for the Lahr.

Played in fair weather and good spirit and over two days in early September, all players could score points using the Stable-ford system, with the highest gross points over two rounds determining the champions. There were also money prizes for the top net points scorers and just for a little extra “sting,” competitors lost points for scores of double-bogey or higher.

When the final tally was made (by Lee Duncan standing in for Ed White), Jim Garrison had done “the double,” winning both the gross and net for the Masonis Cup competition, while Walt Smith triumphed for the gross and Larry Hingst for the net in the Lahr Cup. So congratulations go to Jim and Walt as our 2020 Cup champions. The players gathered under the Pavilion to watch Lee record the scores and applaud the winners. 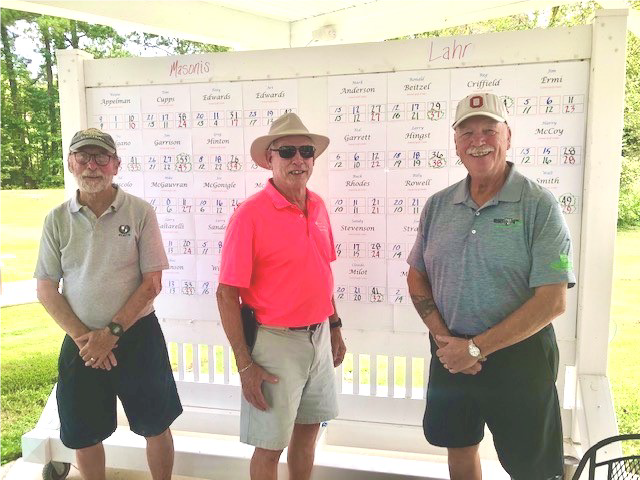