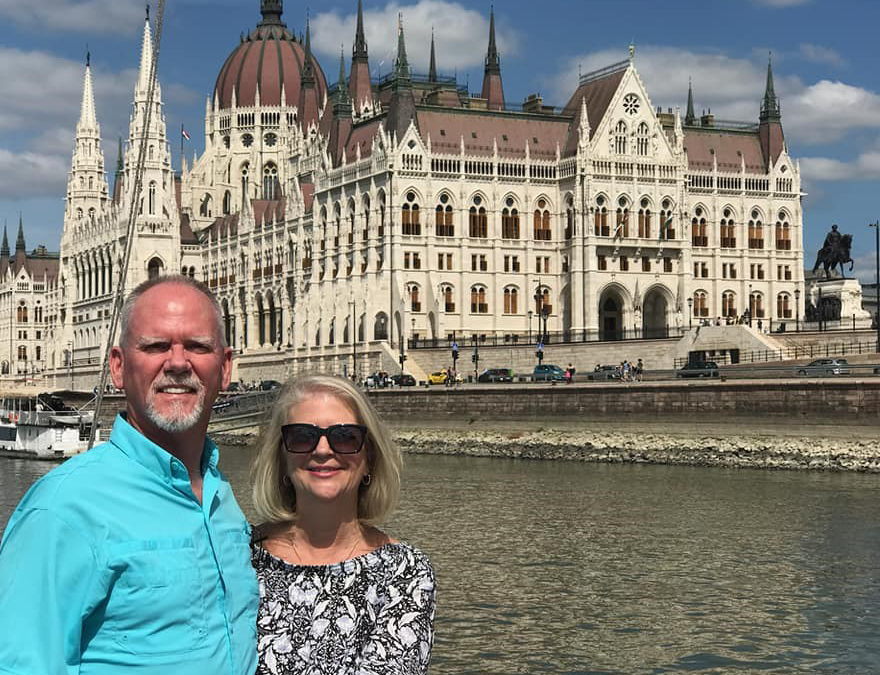 Randy’s career working for the Federal Bureau of Prisons took him, Sandi, and their two sons to many states that came to be called ‘home,’ including Colorado, Kentucky, Georgia, Alabama, Virginia, Pennsylvania and lastly Texas. Although both Sandi and Randy are native North Carolinians, life was good in the Lone Star State along Lake Granbury tucked into the Brazos River just south of Dallas/Fort Worth. From here Randy retired twice, once from his work with the Bureau’s electronic designation program and a second time from his consulting work with the U.S. Marshal Service. Sandi worked from home as the managing partner of a travel agency, setting up land and cruise adventures for her clientele.

Following in his parents’ footsteps, their eldest son attended college at East Carolina University, while their younger son attended Montreat College located outside of Asheville. After graduation, both decided to stay in North Carolina and call it home. Their youngest, employed by Ecolab, now lives in New Bern as does Sandi’s mother. Their eldest son, wife, and grandson live outside High Point in Trinity. Although the Dawkinses loved living far off the beaten path in their Texas community, they often traveled to North Carolina, and their new grand-son was a big incentive to make those trips much more frequently.

Sandi remembers March 13, 2020, as a turning point. This was the day Covid shut down schools, businesses and travel. The last cruise she planned for her clients was sent back to port. Getting to North Carolina from Texas was growing more and more difficult. The casual talk about moving back home became serious conversations. Moving back to NC became a reality when they sold their Texas home in January 2021.

A search for a North Carolina home began in earnest. The Dawkinses began looking at communities south of Charlotte using Zillow as a guide they worked their way through the state. When they reached our gates, they spent a night here and with the help of our real estate folks, found a house in the Riverwood neighborhood along Frank’s Creek that had them interested. It was another month before this deal was completed and the Dawkinses began to pack their bags to move back home.

Randy loves to fish and is looking forward to finding folks who can teach him the tricks to fishing from his dock on Frank’s Creek. Randy, who also loves tools and antiques, is also looking forward to doing some “barn picking” in our area. Sandi’s travel business has picked up again, and she has been busy rescheduling clients who had trips canceled because of pandemic travel restrictions. They both hope to meet some fellow ECU grads and Pirate Nation supporters.

Moving in with the Dawkinses is their 16-year-old dog, Pumpkin. Over the years the Dawkinses fostered 45 dogs through agencies that help dogs transition from living in a pound to life with a family. Pumpkin was a big part of helping the foster dogs settle into family routines, but the Dawkinses quit taking in new dogs when they learned Pumpkin was experiencing some neurological issues.

When you get a chance to meet the Dawkinses, be sure to ask them about the beautiful trees and flowering bushes on their property nestled at the end of a cul-de-sac. And be sure to welcome them ‘home.’