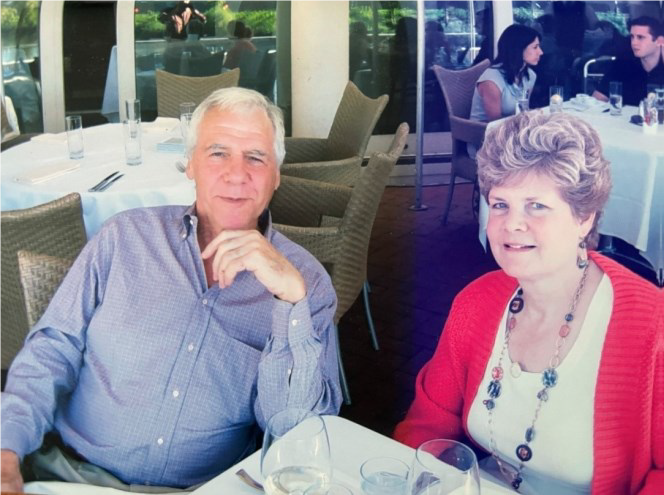 By: Kevin Jones with Bill and Nancy Olver

Bill and Nancy hail from the colonial town of Haddonfield, New Jersey. The Olver’s have deep roots in the Haddonfield area dating back to the founding of our nation. “Our families had lived there for generations, and it was a wonderful safe place for kids to grow up,” they said. The Second Empire Victorian home they were living in dated back to 1860. It had been Bill’s grandparents’ home and when they saw it on the market they knew they had to have it. They went through great effort to restore the home and never thought they would leave. However, with the ever-increasing taxes in New Jersey, they began to consider other options.

Nancy’s cousin in Williamsburg, Virginia, suggested they look into moving south. Their search brought them to Edenton, North Carolina. They loved the Victorian style homes in the area but were not sure they wanted to go through a major restoration project again. While dining out in Edenton, they ran into Albemarle Plantation’s own Mike Finamore. Mike told them all about AP, and it seems he did a good job of it, too. They found a wonderful home in the Waverly neighborhood. Bill says, “Nancy really liked the house due to its open architecture.”

Although Bill and Nancy went to high school together, the love bug didn’t bite them until they were in their early 20’s. They have now been married for 52 years. Congratulations! They have two daughters, Alison and Beth. Beth is a working artist and Alison is a senior engineer at Lockheed. They also have two teenage grandchildren, Rory and Caley.

After high school graduation, Bill joined the Army and served our country in Vietnam as a squad leader in an infantry battalion. After about a year in the jungle, he was wounded and sent to a military hospital in Japan for seven months. Upon returning home, he earned a degree in business and economics at Rutgers. Nancy also earned a degree in business and accounting from Rutgers. Bill started his own business which took him around the world, and Nancy was an accountant, working for a law firm for over 23 years prior to retiring.

Bill and Nancy moved to Albemarle Plantation in January 2021. Since then Nancy has joined the Women’s Club and Bill has joined the Sound Sports Club. Together they have enjoyed traveling throughout Europe as well as collecting 18th and 19th century furniture and paintings. Both are interested in genealogy. Nancy, an avid reader, enjoys knitting while Bill likes sport fishing and is thinking about getting a fishing kayak. They are both considering taking up golf as well.

When you see Bill and Nancy, be sure to say hello…and also ask them about their amazing art and antique collection.