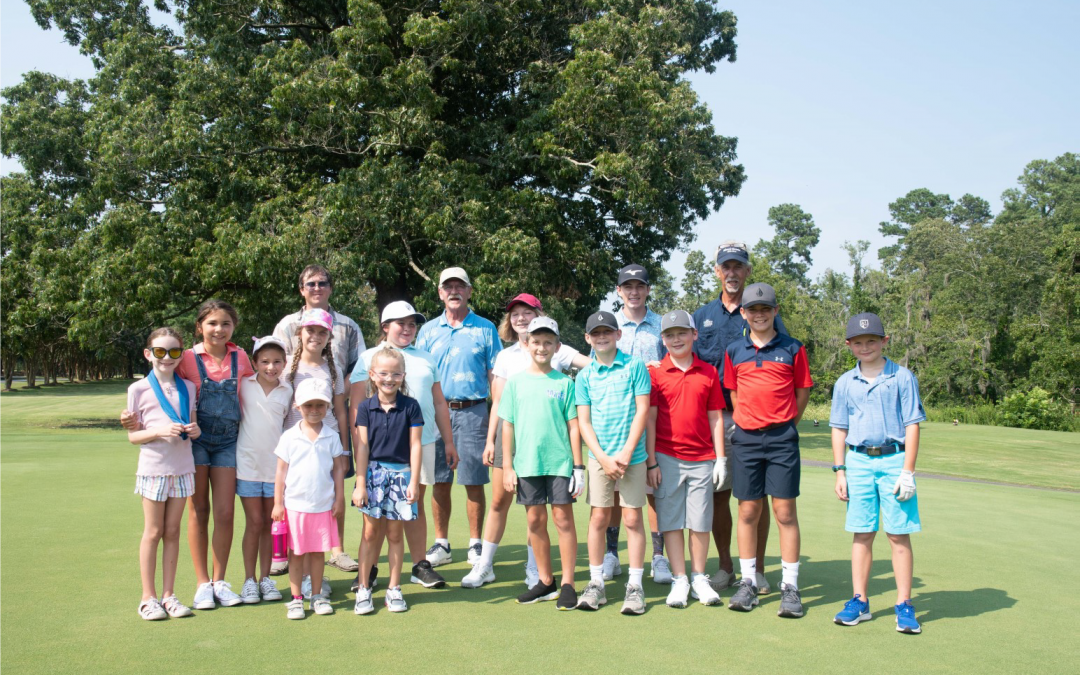 Sandy first approached our Sound Golf Links Pro, Ed White, with her idea of organizing an hour-long golf camp for both girls and boys each afternoon for one week. Ed was very receptive to this idea and so were the youth golfers. Registration for this class was full just hours after it was posted. A second class was scheduled for a few weeks later and the spots again filled up quickly.

Thirty-five youth attended the sessions, 18 in the first and 17 in the second, ranging in ages from 6 to 13. Some had never held a golf club before, and others were ready to go out onto the course and play a few holes. Ed organized the young golfers into groups based on their experience and skills. Each group went out with a golfing instructor each day, practiced skills appropriate to their group, and participated in tournament play on the last two afternoons.

The results were remarkable. Each group improved their scores from the first day of their tournament to the second, and their enthusiasm for the game was evident. Youth golfers seen putting, chipping, and driving well before and after their class start times.

These classes were offered to our youth completely free of charge, compliments of the Sound Golf Links. The camps were a resounding success, and Ed and Sandi have already been thinking about how they can improve the program for next summer. A big thanks goes out to Ed and his staff for their support of this new summer program, and their patience and enthusiasm with our newest golfers. “We are not the future of the game,” Ed commented. “They (our youth) are.”