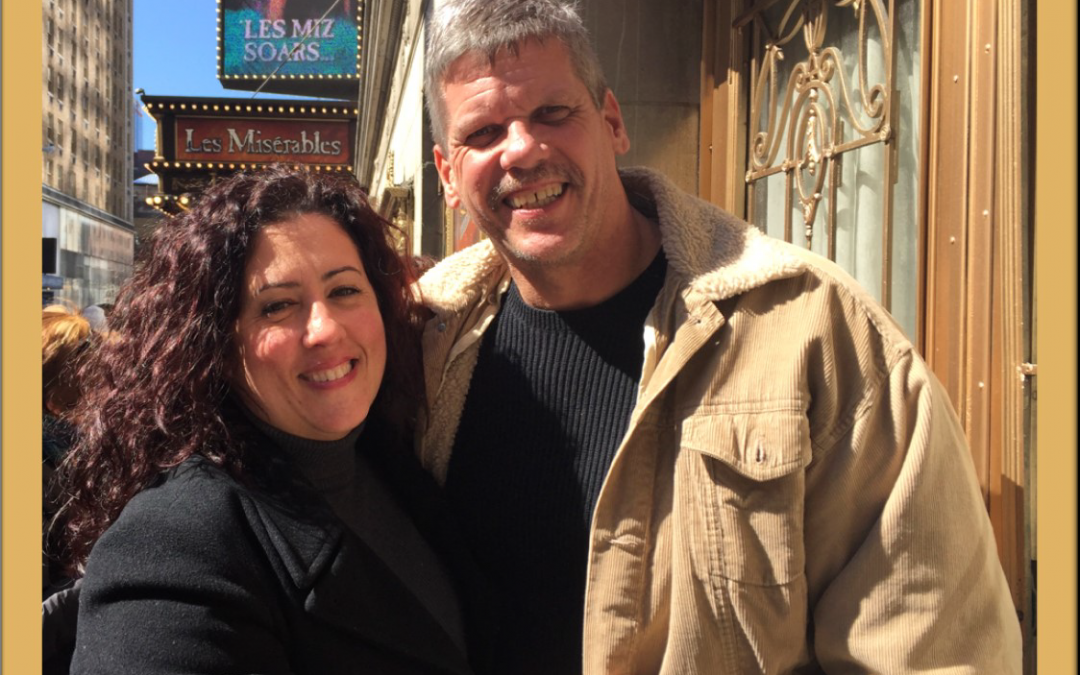 Jackie and Paul were living happily on the South Shore of Long Island, spending their spare time visiting family and fishing the area waters in their twenty-one-foot center console cruiser, when Paul, a 34-year employee with Verizon, was unexpectedly offered a retirement deal he just couldn’t refuse.
Not ready to make a decision about where to retire, Jackie and Paul began to attend home show exhibitions which showcased living in southern planned communities. Although most of their combined family lived in and around New York, Paul’s mom and sister were living in New Bern, North Carolina, so they were open to exploring the possibilities of moving away from their home base towns of Massapequa and West Islip. Tired after spending the day looking at retirement locations at a local home show, Jackie agreed to visit just one more booth. There she and Paul met Steve Wenz from our AP Realty Company who convinced them they needed to make a visit to Albemarle Plantation and give us a look.

Before long Jackie and Paul were the owners of a lovely double lot on Highland Pony Drive in our Belmont neighborhood. But as Jackie was considering choosing a builder for the site, the couple fell in love with a resale home on the corner of Phelps Lake Drive with a large, sunny, enclosed patio. They sold their home on Long Island in just six hours and found it necessary to live in their 40-foot RV in Rocky Hock, NC, for two weeks until closing on their home here. But because of Covid complications, they waited four long months for their furniture to be delivered. They became quite familiar with sleeping on a mattress on the floor.

While Paul was busy working for Verizon, Jackie worked as an administrative assistant for NBC and Revlon, as well as in the offices of doctors and attorneys. Her final job as a realtor ended sooner than she had planned when some surgery left her with chronic pain and hearing loss in her right ear.
Jackie grew up in Queens where her first language was French, the only language spoken in her childhood home. Her father had immigrated to New York from and her mother from Tunisia. Although Jackie didn’t learn English until she went to school, she also became fluent in Italian from her maternal grandparents.

Jackie is eager to share many amazing stories about her parents, accomplished chefs who ran a catering business in the New York City metropolitan area. They were frequently preparing meals or catering par-ties for folks like Henry Kissinger, Neil Armstrong, Barbra Streisand, John Wayne, Richard Nixon, or Carly Simon. Jackie recalled those famous names being bantered about in family conversation just like the names of the people who lived down the block.

Jackie and Paul have six children between them, three boys and three girls, plus two precious grandchildren, all of whom they left on Long Island, with the exception of one daughter who lives in Anaheim, California.

Jackie and Paul love to travel and often visit France, especially Paris, to spend time with members of Jackie’s family who still live there. Although Paul speaks no French, he comments that he feels right at home because he is quite fluent in their “language of wine.” The Weisses are looking forward to planning a land cruise across the United States in their RV, going west across the northern states and returning by a southern route.

If you meet Jackie and Paul, you cannot help but fall in love with their French bulldog Rocco, whose personality is several times larger than he is. Rocco is in for a big surprise on July 6 when he will become the big doggy brother to another French bulldog puppy named Casey. Jackie and Paul cannot wait!
The Weisses have quickly filled up their social calendars. Paul has been volunteering his time helping out on the mark boat on OYC race days and lending a helping hand through “Neighbors Helping Neighbors.” He spends some time fishing at the marina early every morning and has taken up the pursuit of golf. Jackie, who has joined the Women’s Club, is excited about OYC activities, learning to golf, and mastering the skills required to get in and out of their newly purchased kayaks. A new member of the Long Island Lolitas, Jackie has been overwhelmed with the number of close friends she and Paul have made in such a short time. She’s sure that everyone’s genuine kindness has made them instantly feel at home.

Welcome home, Jackie and Paul. And a shout out to Rocco and Casey, too!