Thinking of Taking up Tennis? We’ll Help You Talk-the-Talk! 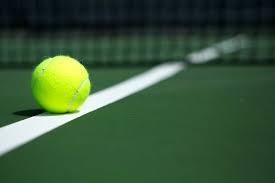 “Tennis uses the language of life. Advantage, service, fault, break, love – the basic elements of tennis are those of everyday existence, because every match is a life in miniature.” – Andre Agassi

Life is like a game of tennis; you have to fight hard to earn every point, sometimes you win while sometimes you lose.  It’s the fear of losing that inspires us to work hard, just like tennis.  But one thing that tennis has taught us is that, being a champion is not just about winning or losing, it’s about the fighting spirit within each of us.  But listen carefully, as all is not necessarily what it seems on a tennis court.

When getting started explaining tennis terminology, it’s best to begin with the basics. The following are some of the most straightforward tennis terms, which apply to all contests at all levels of the game.

Point – The smallest unit of scoring in tennis. A point lasts from a successful serve to when the ball next goes out of play.

Set – The next unit of tennis scoring above a game. A player wins a set when they have won six games and are at least two games clear of their opponent. If a set reaches 6-6, it is usually decided by a tiebreak (see tiebreak in the scoring section below).

Match – Match is the term used to describe an entire tennis contest. Matches are usually played as best of five or three sets and the call ‘game, set and match’ is made when a player is victorious.

Service – In each game, one player has the service. That means they start each point by tossing the ball into the air and then hitting it to their opponent. Service passes from one player to the other after each completed game.

Now that we’ve covered the most basic tennis terminology, it makes sense to turn our attention to where the game is played. The following batch of tennis terms will ensure that you can find your way around any tennis court.

Ad Court – The name given to the left-hand side of the forecourt for each player.

Baseline – The two-inch-wide line which marks the very end of a tennis court. Each baseline is 39 feet from the net.

Backcourt – The area of the court between the service line and the baseline.

Center Mark – A small mark at the center of the baseline, parallel to the line dividing the ad court and the deuce court.

Deuce Court – The right-hand side of the forecourt for each player.

Forecourt – The area between the service line and the net, which is divided vertically between the ad court and the deuce court. A legal serve must bounce in the forecourt.

Service Line – The line 21 feet from the net which divides the forecourt from the backcourt.

Ace – A legal serve which the returner does not manage to get their racquet to. An ace always results in the server winning a point.

Advantage – A player’s score is given as ‘advantage’ or ‘ad’ when they win the next point after a game goes to deuce (see below). It means they will win the game if they win the following point.

Break Point – A break point is a point which will lead to a player winning a game against their opponent’s serve, if they win it.

Fault – A fault is the name given to an illegal serve. This is usually a serve into the net or one which bounces outside of the required forecourt area.

As is the case with most sports, basic tennis terminology is also supplemented by some more unusual and colloquial jargon. The following are some of the most common and useful examples of that tennis jargon.

Career Slam – The name given to the achievement of a player winning each of the four Grand Slam tournaments at least once at some point during their career.

Golden Slam – Winning a Golden Slam means to win all four Grand Slam tournaments and an Olympic gold medal in the same season.

Grand Slam – The name given to the four most prestigious tennis tournaments in the world. They are the Australian Open, the French Open, Wimbledon and the US Open.

Now that you know everything there is to know about the sport, who’s ready to start a match?!  Lucky for us, that is an easy thing to at Albemarle Plantation!  Did you know that we have a men’s tennis club, a women’s club and a mixed club for competitive player and even a social club for those that just want to play for fun and exercise?!  Turnout is always great and players have been known to bring food and drinks and make it a party!  Learn more here.