by Albemarle Plantation | Jun 25, 2021 | Get to Know Your Neighbor, Neighbor Spotlight | 0 comments 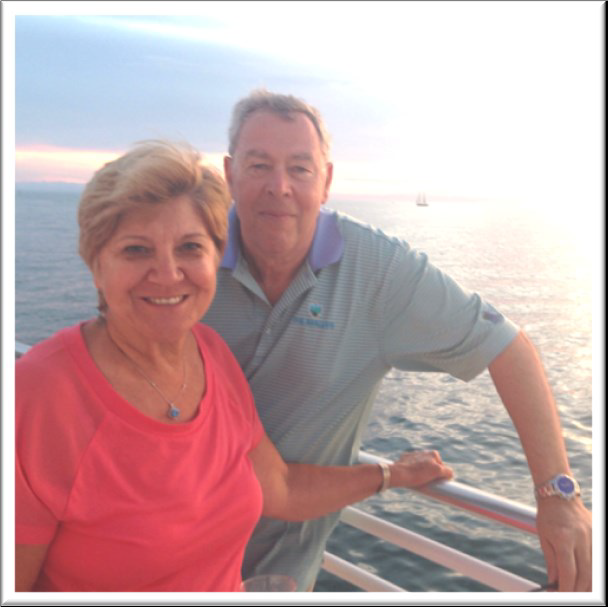 In their search for a retirement home, newcomers Joan and John Stefura claim they didn’t find Albemarle Plantation, but the Plantation found them!
Their journey here began years ago in Newark, New Jersey. John, an industrial engineering student attending Newark College of Engineering, had really hit it off with his roommate Charlie Pencinger. John and his girlfriend Joan, a student in dental hygiene at the New Jersey College of Medicine and Dentistry, often hung out together with Charlie and his girlfriend Lois, a nursing student at Mountain-side Hospital School of Nursing. Lifelong friendships were established, and after graduation the two couples would make it a priority to visit each other at least twice a year.

John went on to attend both Rutgers and Pace University where he earned several advanced degrees. He later owned his own company, Sunrise Consulting, traveling to Fortune 500 companies to implement software solutions for Finance and Human Re-sources. Joan, employed as a dental hygienist, worked together with John to raise three sons. And their visits with the Pencingers continued through the years despite all the many distractions in their lives.

So, the Stefuras were no strangers to the Plantation. They had visited the Pencingers several times since their move here. During their visit last November, John and Joan mentioned they were starting seriously to think about retirement locations and wanted to live much farther south than their hometown of Ridgefield, Connecticut. The Pencingers immediately jumped into action to arrange a real estate appointment with our sales office. Before the Stefuras’ visit was over, they had purchased a home on the golf course in our Evergreen neighborhood.

Joan recalls that in just thirty days they not only made the big decision to move, but also bought themselves a new home, sold theirs, and completed the move here. By December they were moved in, after forty-three years of celebrating Christ-mas in Connecticut. Joan recalls that not all their friends and family were on board with their fast departure. She admits to being a bit homesick at first, especially for their eldest son, his wife, and two grandchildren who lived close to their Connecticut homestead.

But the Stefuras have already connected with an amazing number of people and activities despite the COVID restrictions. John is enjoying our golf course and took part in a charter fishing trip with the Sound Sports Club. Joan has been attending Women’s Club functions and, as a Master Gardener, has helped get the gardens spring-ready at the Newbold-White House. She also joined the Flower Girls, a team of ladies who plant and tend the flower boxes at our marina. As new OYC members, they also hope to participate in many of the water activities with the Pencingers. But the most remarkable of their new experiences, they report, has been participating with CERT volunteers at our local Perquimans County COVID vaccination clinics.

The Stefuras admit that having the Pencingers here helped them to make their decision to relocate. But they were also impressed that we are both a golf and boating community with amenities that are owned and managed by property owners, not a developer. Having so many activities right here on site reminds Joan of “summer camp,” and she comments that everyone has been very welcoming, but never pushy. The Stefuras even welcomed their first visitor here just a few weeks ago, a longtime friend who flew into the Edenton airport from Asheboro, North Carolina, on his single engine Cherokee. And they hope to welcome their three sons and their families here very soon.