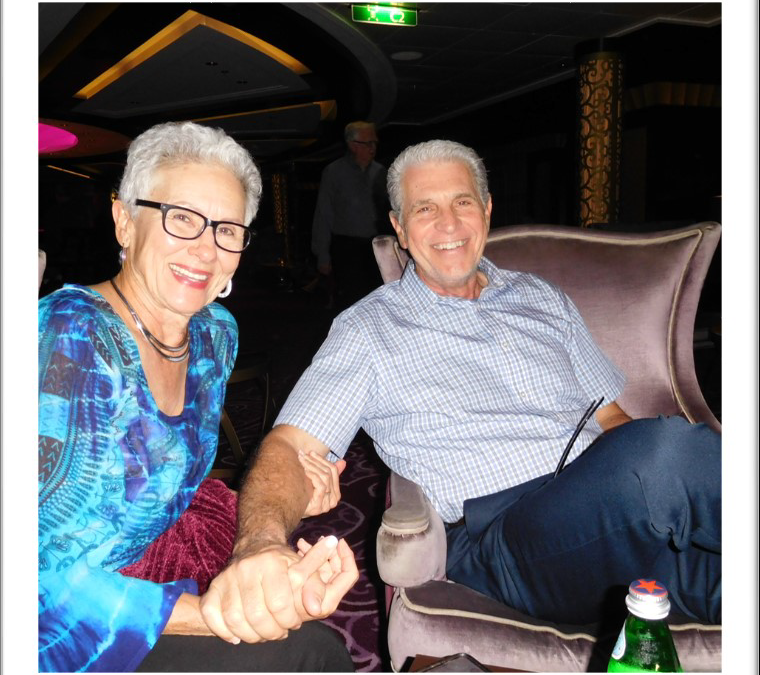 By: Chuck and Linda

We moved to Albemarle Plantation from Prescott, Arizona, in September of 2020. The trickiest question we have to answer upon relocation is, “Where are you from originally?” or “Where did you grow up?” We just sort of look at one another and respond, “Well, we really don’t claim roots because we both moved around as children and adults. Wherever we live at the current moment is home to us.”

Chuck hails from Kansas City, Missouri, but spent time in New York and Tennessee growing up. Linda is an Army brat born in New Brunswick, New Jersey, and has lived in 15 states and two foreign countries. Married some 46 years, we raised three children while moving often from
Coast to Coast.

Chuck, a Purdue engineering undergrad, became a naval aviator right after marrying Linda. After a couple of years as a management consultant, he joined Southwest Air-lines as a pilot in 1985. He has collected three postgraduate degrees in various fields from USC, the University of Texas, and the University of Chicago. He spent 25 years at SWA and took early retirement in 2009 to enter a new career in Chicago as a quantitative analyst for various hedge funds, eventually serving on the board of a London-based foreign-exchange group. After another brief retirement, he now works part-time as a consultant for The Boeing Company, developing ma-chine-learning applications to improve flight efficiency.