by Albemarle Plantation | Mar 15, 2021 | Get to Know Your Neighbor, Neighbor Spotlight | 0 comments 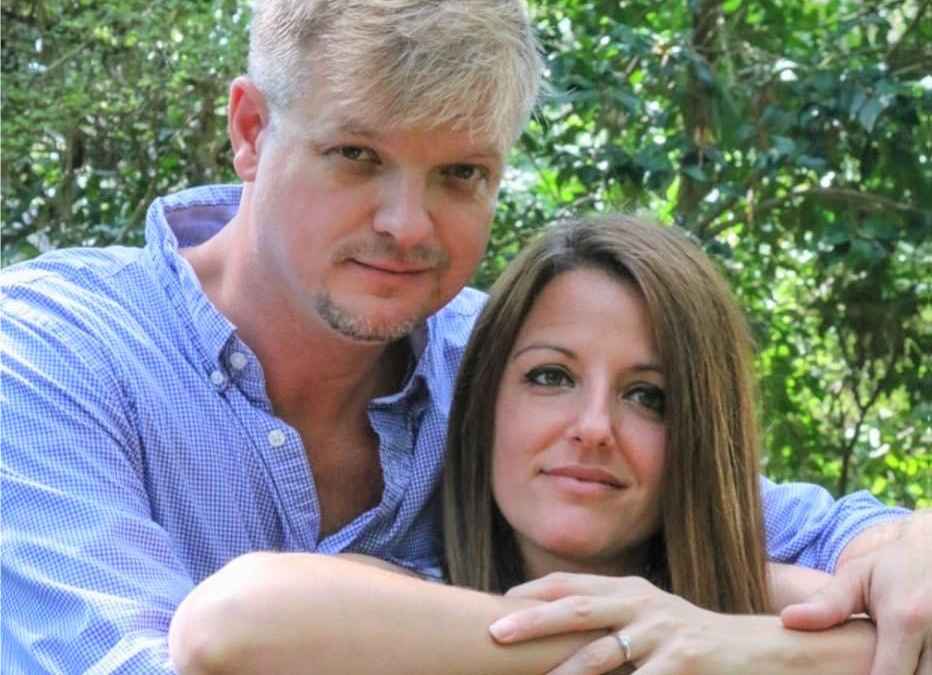 Daren and Jenna first met when they were kids camping with their families at Holiday Island. According to Jenna, Holiday Island was a great resort back then, complete with nice campgrounds, a spacious pool, and lots of activities. Packed with campers every weekend, Holiday Island was often a summer destination for Daren’s and Jenn’s families.

When Jenna was ten, however, she moved permanently from Virginia to Holiday Island with her grandparents and her father. Jenna graduated from Perquimans County High School, and while she was attending The College of the Albemarle, she waited tables at our very own Clubhouse under the supervision of Chef Herb. However Jenna didn’t plan on sticking around Hertford and joined the Army, working as a nutrition specialist caring for military cardiac patients and their families. Jenna married into the military as well, moving from post to post as a military spouse. But when her marriage ended in divorce, Jenna decided it was time to come back home to Holiday Island with her two sons.

In the meantime, Daren went to ODU, but continued to spend summers in Holiday Island and to work on the early construction of our Sound Golf Links. In fact, Daren can remember working here even before the Clubhouse was built. A boating enthusiast, Daren also spent time in the summers working with Jenna’s father, building sailboats. After graduation Daren worked for a law office, and by the time Jenna returned home, he had opened a title company and bought a home in Holiday Island. It was there, in her old neighborhood, that Jenna “met Daren again.” Sparks were kindled, wedding bells rang. After several years, Daren and Jenna began to think of moving to a new home.

It was during boating seasons that Daren and Jenna met and often chatted with JE Darnell, our Dockmaster, while stopping at our marina to fuel up Daren’s jetboat. When JE heard they were looking for a new home, he encouraged them to take a look at real estate inside our gates. When they did, they discovered the Plantation had a “water town” atmosphere, great dining opportunities, well-maintained properties, and that famous golf course, now completed. The Arnolds moved into their home in the Woodburn neighborhood last June, and Jenna reports they love everything here.

Jenna and Daren are both actively employed, making daily commutes into Elizabeth City where Jenna is a nurse for the Veterans Administration Office and Daren owns a real estate title company located near the Court House. Right now, Jenna is also busy looking after her granddaughter, Amaya. Amaya’s father, Jenna’s older son, has just returned to the U.S. after being stationed in Korea with the Army. He is now at Fort Bragg getting things settled for Amaya to join him. Jenna’s younger son, who is home most weekends, is a college student in Virginia. Daren also has three sons, ages 12, 20, and 27, the eldest of whom is a Marine veteran graduating from Appalachian State this year.

Daren and Jenna haven’t time to investigate our clubs, but Daren is interested in trying his hand at golf. And Jenna has been spotted roller skating along Albemarle Blvd. with her twin sister, who Jenna is trying to convince to look at real estate here, too!