by Albemarle Plantation | Mar 10, 2021 | Get to Know Your Neighbor, Neighbor Spotlight | 0 comments 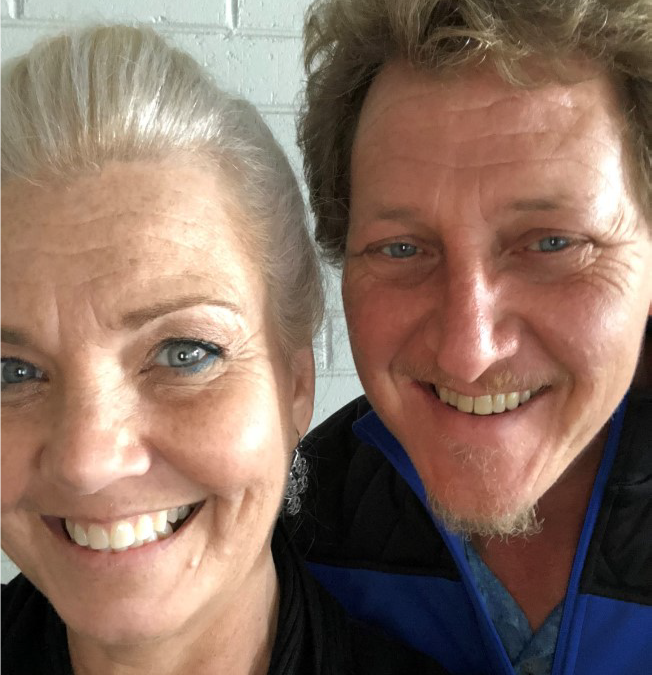 When Scott and Katie put their house on the market about a year ago, they had been residents of the Hampton Roads area for over twenty years. Their three adult sons, wives, and six grandchildren, all lived ten to fifteen minutes away. Perfect, you might think. But when Scott retired from the Navy in 2014, he and Katie had dreams of moving to North Carolina. Last year they “got serious” and decided they were ready to escape the taxes and congestion in Virginia and make their dream a reality.

Using Zillow, an online real estate company, they researched towns along the North Carolina coast-line from Moyock to Edenton to Hertford and Elizabeth City. When they spotted a house that piqued their inter-est here, Scott and Katie decided to drive down and take a look. The house was in move-in condition, and they were pleased to learn that our well-maintained community included both a golf course and large marina. But when they decided to put an offer on the house, it had already been sold. Convinced that the Plantation was where they wanted to relocate, Scott and Katie visited about twenty houses here over the next few weekends and finally decided on a house on Middleton Drive just doors from the one that got away.

The Grays moved into their new home on March 3rd. A month later, due to COVID restrictions, Scott, now a Federal Employee for the United States Navy employed as the Vice-President of Afloat Operation/Ships Store Program, was asked to work from home. Today he still spends his workdays managing the on-board retail operations for all of the Navy’s 137 ships by home phone and computer. Katie also spends her working days at home, refinishing and repurposing old furniture, and designing, cutting, and painting decorative wooden signs. She rents space in the Virginia Beach area where her creations are for sale.

This summer the Grays enjoyed having a boat in our marina, and Scott played a few rounds of golf when he could find the time. On your way down Middleton Drive, be on the look-out for Bubba, the Gray’s 150-pound Newfoundland puppy, and for their three-year-old granddaughter Madison, who has affectionately renamed our Clubhouse “Madi’s Castle.”