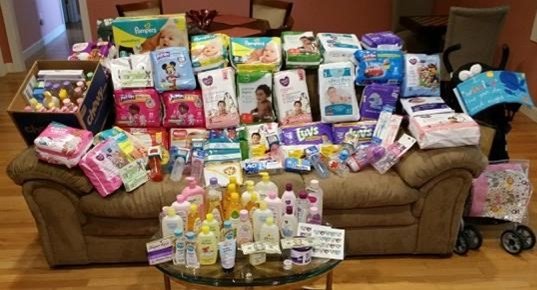 At Albemarle Plantation, we’re known for active, hospitable residents. Our welcoming community of neighbors is full of opportunity for you to continue the activities and pastimes you love, and to discover new favorites too. What’s to do? More than we could possibly list here! Just to name a few: the Osprey Yacht Club, Book Clubs, Sound Sports Club, Dinner Club, Model Sailboating, Tennis (Ladies and Men’s Groups), Bible Study, Bocce Ball (Ladies and Men’s Leagues), and Three Rivers Garden Club. If there’s something you love to do, there’s a good chance there’s a club that does it here!

This month, we’re spotlighting an incredible group at Albemarle Plantation whose work (and play) enrich the lives of people in our community and far beyond—the much beloved and highly effective Albemarle Plantation Women’s Club. The club serves as a natural way to make friends for those new to the community. And it does so much more…

Penny Byrd, Documentary Historian of the Albemarle Plantation Women’s Club, shares with us a glimpse into this special club—its mission, accomplishments, and the fun and friendship of it all.
—

There are a lot of great things about living in Albemarle Plantation, but the one thing that impressed me early on was that so many organizations and clubs were already in existence, along with all the amenities. That meant newcomers didn’t have to start from scratch in order to join a group similar to what they may have left behind.

While I’d never before participated in a women’s club, most every woman on my street was a member and invited me to participate.  And so, after moving here full time in July 2006, I joined.  The first meeting I attended covered legal issues affecting women along with tips on how to protect and defend yourself when you’re “out and about”.  I also heard Rosemary Smith speak about the Food Bank of the Albemarle. I was so moved by her heartfelt and caring demeanor and enthusiasm that I found myself thinking “I could follow her into battle!”

I learned very quickly that Albemarle Plantation Women’s Club (APWC hereafter) is all about charity.  Formed by a group of interested and motivated women in late 1999, the official beginning of APWC occurred at the January 2000 membership meeting.

The purpose of the Albemarle Plantation Women’s Club is to promote friendship among women and to encourage cultural, benevolent and civic activities of the members in order to improve the general welfare of our greater community.

A fundraising committee was formed in early 2001 and by the time graduation rolled around for the 2001 class, APWC was able to give $1,500 in budgeted funds. Two young ladies each received a $600 scholarship, plus $300 was given to a student to attend the Presidential Classroom in Washington, DC.  Money raised in 2001, along with budgeted funds, was given out in 2002. And then, in 2003, we held our first card party (the number one way of raising funds by women’s groups and churches in the south!).   Referring to Rosemary once again, it was her idea in 2005 to start a Women In Transition (WIT) program to recognize and reward women who are working toward economic self-sufficiency and/or to get a new start in life.

Conservatively speaking, APWC has given well over $55,000 in scholarships in addition to donations to other charitable organizations. While the fundraising efforts are solely for scholarships, each year there are leftover monies from our collection of dues, for example, once budgetary/committee needs are met.

Further there are also non-monetary ways in which APWC gives back:

Thus far you must be thinking that all APWC does is work hard at raising money, but it’s not true!  We also have a good time (including the card party), by traveling to nearby towns, historic sites, museums and such—sometimes by bus, but mostly by car.  We’ve been to Chef and the Farmer in Kinston where Vivian Howard’s crew cooked for us.  We’ve visited the Chrysler Museum in Norfolk and we’ve visited the Queen and her court on Roanoke Island.  We also host entertaining speakers at the Albemarle Plantation Clubhouse, or create Christmas décor or Valentine cards for our sweeties.  These are but a few examples of the efforts expended by our tireless Program Committees each year.

We WELCOME new members and truly believe that WE are the best way for new women residents to meet other women who have been enjoying this paradise for years!  Contact 2020’s Vice President, Patty Walsh, to obtain an application form. We look forward to meeting you!

Penny and her husband, Geoff, moved to Albemarle Plantation from Alexandria, Virginia, and have been full-time residents since July of 2006. They are members of the Osprey Yacht Club where her husband, Geoff, enjoys sail racing. The couple shares a love for volunteering, and they have enjoyed being involved with such work at Albemarle Plantation for years.

Thank you, Penny, for sharing an inside look at the Albemarle Plantation Women’s Club.