Did you know North Carolina has its own toast? 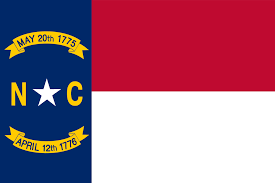 We already knew that we were living in that state that has it all; but did you know that we have something no other state possesses? Our very own state toast! And I don’t mean avocado…although I think we can all agree that it’s the best! While no states have an official favorite tasty toast, most have a state song, of course, along with mottoes, and even flowers, birds, minerals and bugs. But lucky us, we have our very own toast!

The official name of the toast is “The Old North State,” and is actually a verse from a poem written by Leonora Monteiro Martin in 1904. The toast was first read by the Rev. Walter W. Moore in May 1904 in Richmond at a banquet hosted by the North Carolina Society of Richmond. Shortly after, lines of the poem started appearing in newspapers and the toast was given to commemorate many other occasions. The poem became a symbol of patriotism for the state of North Carolina and was even printed on postcards! On May 21, 1957, the General Assembly adopted an official state toast! Nowadays, it is occasionally used at some functions at the University of North Carolina but has lost some popularity otherwise. Maybe now is the time to embrace our uniqueness and make toasting cool again! I challenge you all to recite this at your next barbeque, graduation or wedding rehearsal dinner and start a new (old) trend! Cheers friends!